Through intensive research and with the help of ancestry research we were able to find the niece of Sergeant Louth,

She is very pleased that we are errecting a monument in honour of her uncle and his crew.

Sergeant Louth was married just before the war with his wife Kathleen Ivy Hunter.

They were both very talented music players and sergeant Louth was a band leader.

His mother died when William was very young so he and his brother were raised by their elderly father.

During the war years, William’s hair had turned white, probably because of the stress the air crews endured.

Sergeant Louth was the oldest crew member of this crew. He was just 29 years old whe he died.

William is the only crew member that has never been found, officially.

However, an airman with no means of identification on him was found severly wounded on the day of the crash.

He was taken to hospital where he died of his injuries on May 13th without ever waking up. 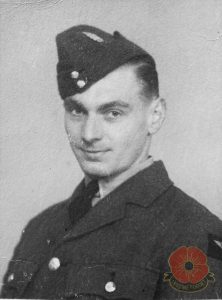 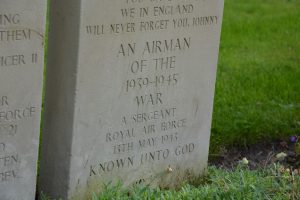 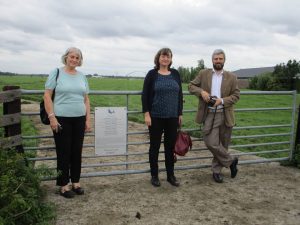