Most of Halifax JB803 was salvaged in 1943, however some bits and pieces remained at the crash site.

In 2003 a Merlin engine was found after some research by the Aircraft Recovery Group from Heemskerk, Noord Holland.

The engine was in quite a good shape after being buried in the mud since the crash.

Also some incendiaries were found, but they were disposed of in the right manner. 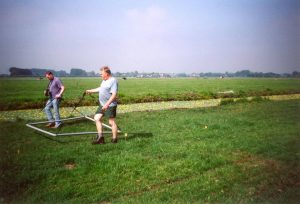 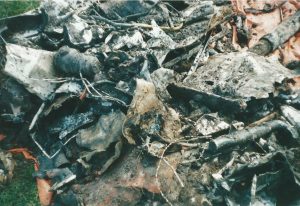 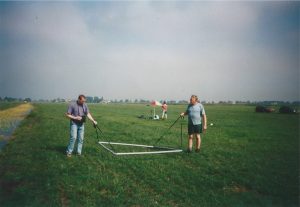 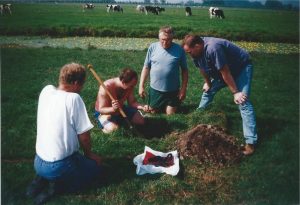 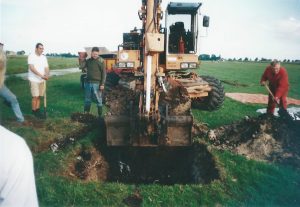 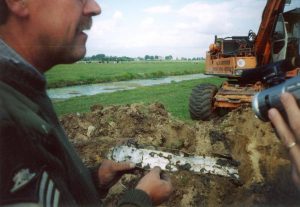 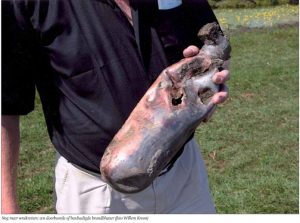 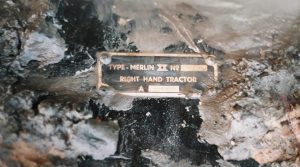 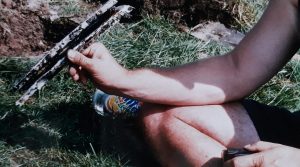 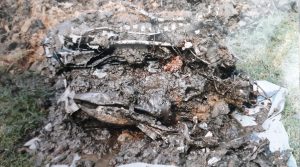 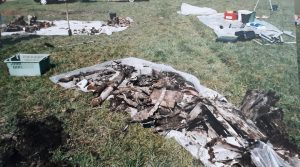 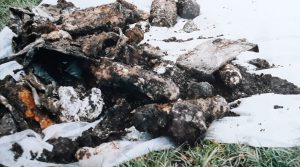 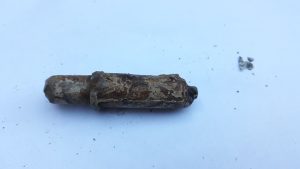 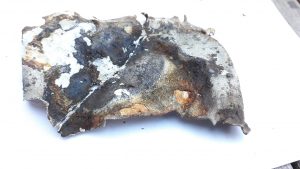 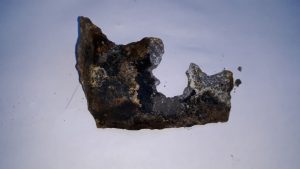 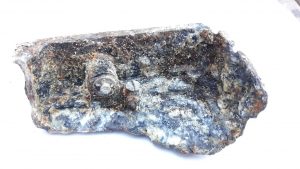 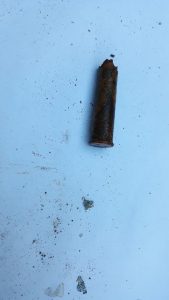 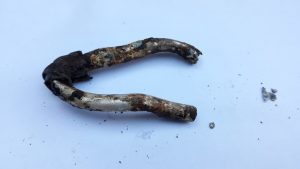 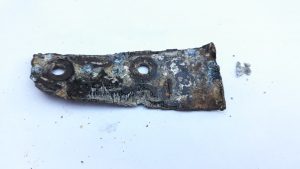 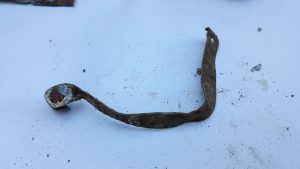 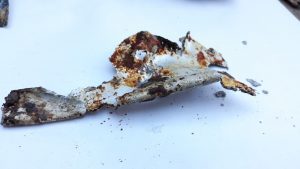 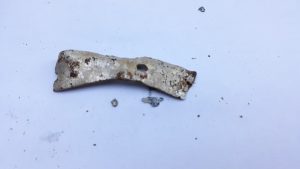